The List #79 – Legitimately Yell ‘Bingo!’ in a Bingo Hall

I love the idea of playing Bingo and being lucky enough to get that one line. I thought it would be all euphoria and standing on my chair, arms in the air! The loudest Bingo you’d ever heard. Do you know what actually happened?

In a place where there was fancy purple lights and partying and disco balls, with two bottles of red going down nicely, I scratched my head, held out my bingo card to Zee and asked ‘Is this a line?’

Uhm, what? That’s absolutely not how I expected it to go.

Rebel Bingo is one of those great (and well ridiculous) parties that you’ll find in the backstreets of London. It’s loud, and everyones punch drunk and dancing, in a great mood. It’s more like a show, really. A happy drunk show where everyone draws on you as well as your bingo card. I wasn’t sure whether calling out Bingo in a party when you can’t hear yourself think counted… but then Rebel Bingo did a show in a proper Bingo Hall. With the board that lights up in numbers and everything! I bought tickets months in advance, and we went.

It was intense. We were drinking cheap wine and dancing in our seats, bathed in this super purple light. The numbers came thick and fast (seriously, only buy one card. Save the rest of your money for the wine!) and I was positive I’d never win. It was the last round of four, the bonus round. And I did. I got a line, and (after careful consultation with Zee) yelled Bingo!! Woop!

Except, another girl one over did too, just after I did. It was unheard of (apparently). A Rebel Bingo first, a simultaneous bingo. So, we were pulled up on stage, and we rock, paper, scissored it out. Alas, I didn’t win, but I was equally stoked to be there. To have called Bingo, and to be able to cross this one off The List!

What a night! It was ridiculous. And fun, and we both had a great time. So, Rebel Bingo! If it comes to city near you, buy a ticket. You might even get Bingo. 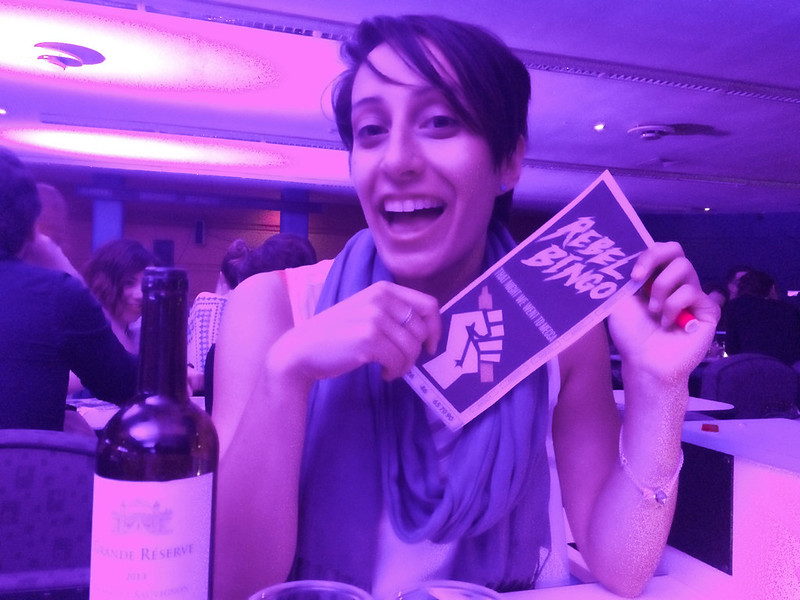 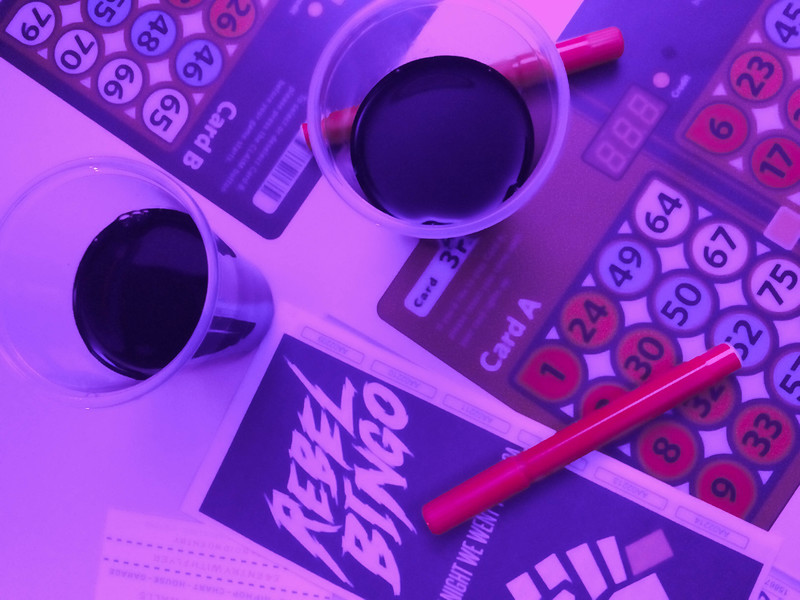 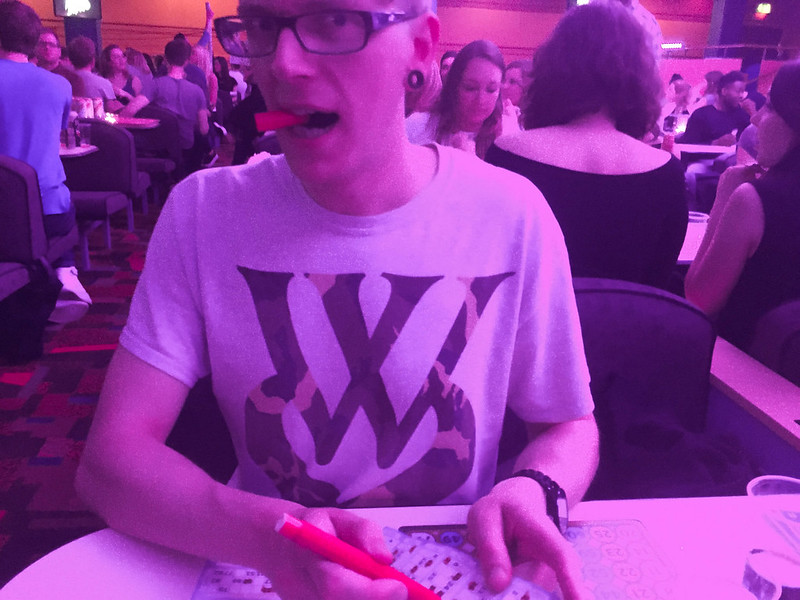 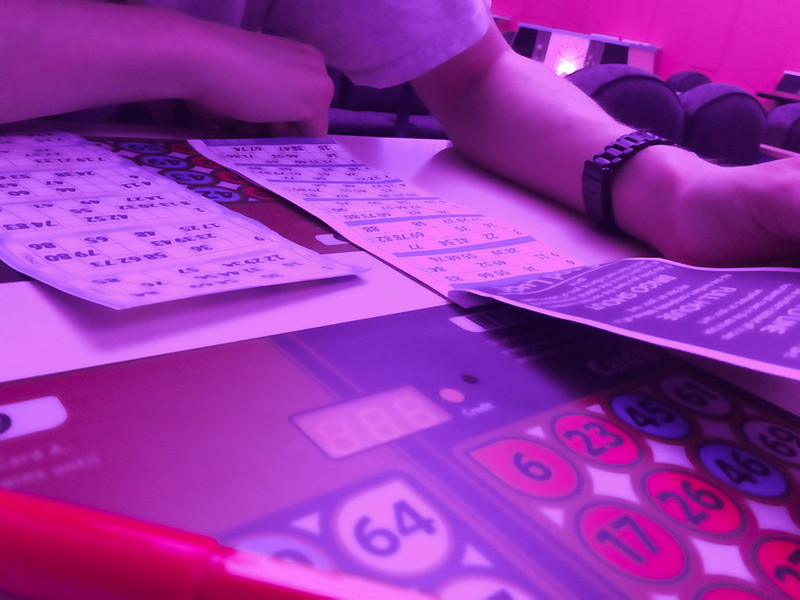 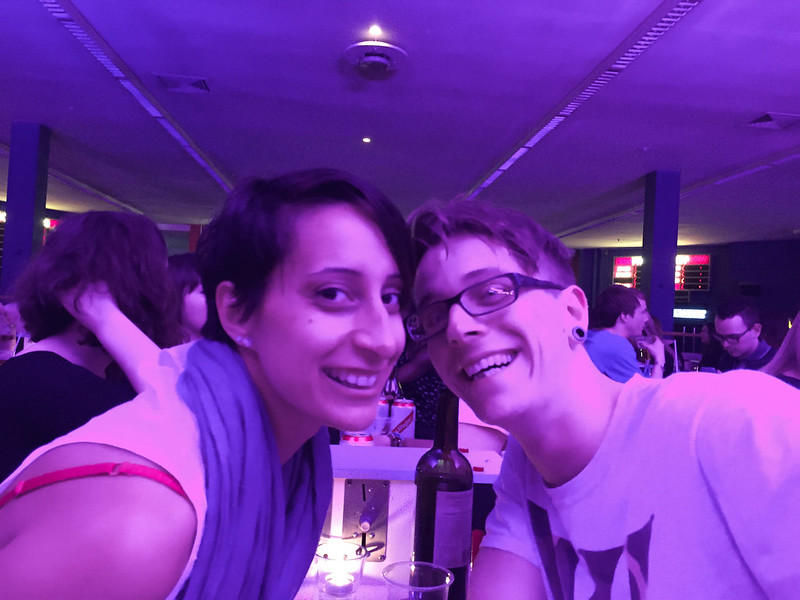 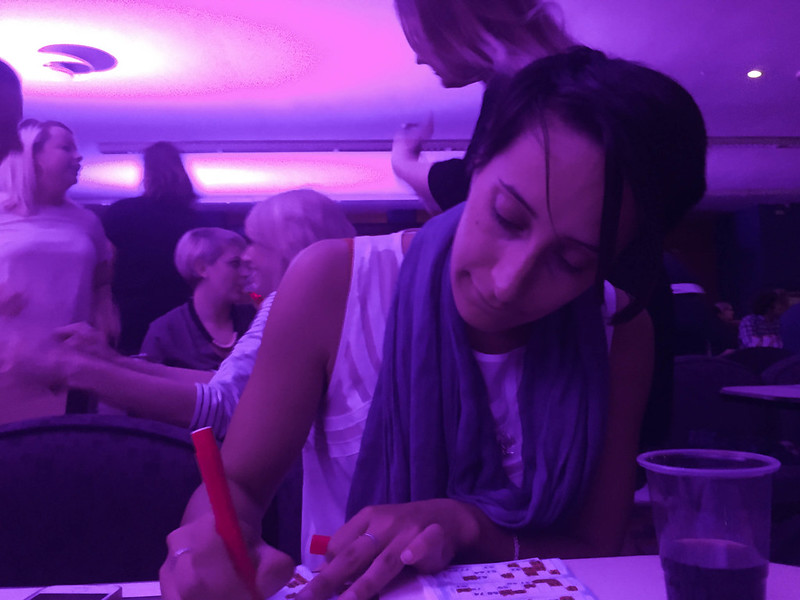 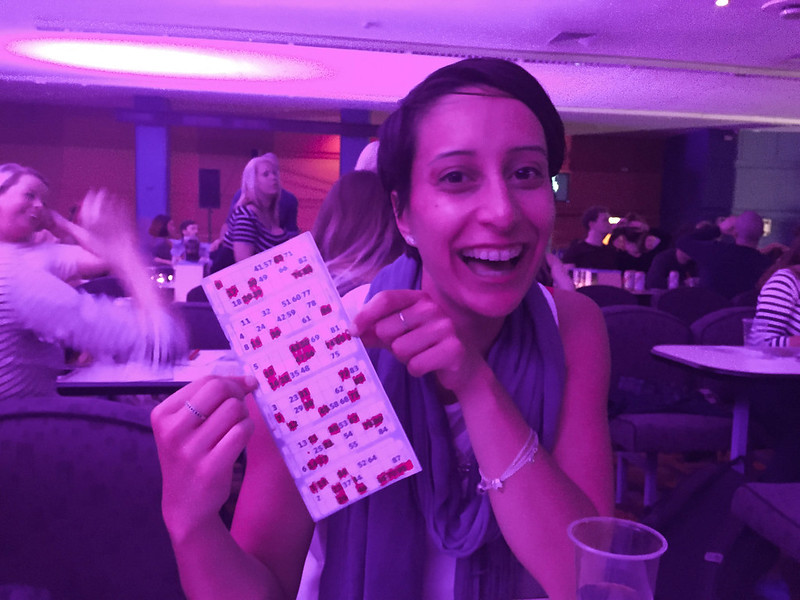