The List: Number 65 – Wander the halls of the Lourve

I wandered the halls of the Lourve, intentionally finding the empty halls, the ones with no crowds of hustling tourists. Past Iranian pottery and tiles, past Egyptian sarcophagi, through a medieval ruin, down amazing halls with ridiculous ceilings, up stairs down stairs around this corner… I’m seeking the empty corners of this very big museum because I don’t want to see Zee. I’m angry at him, and right now the introvert in me wants to be as far away from everyone as possible.

Five years ago when I wrote The List, I definitely didn’t imagine a trip to the Lourve to be something like this. I didn’t think that I’d be angrily stalking through the corridors. Willing people out of my path. I thought it would be full of awe and amaze. It’s really hard to feel awe and amaze when fifty tourists are jostling you with their elbows so they can get a bad quality shot of a master piece on their iPad. Holding out their iPhone to get selfie with a piece of work that’s over six hundred years old. 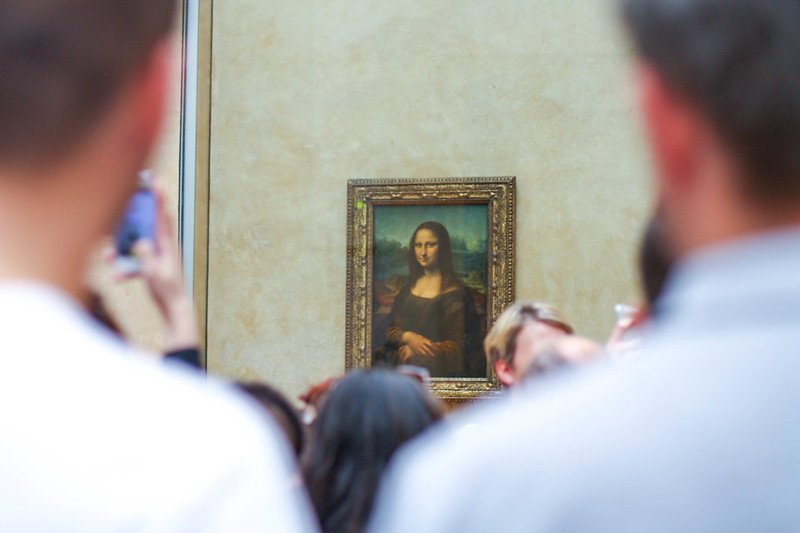 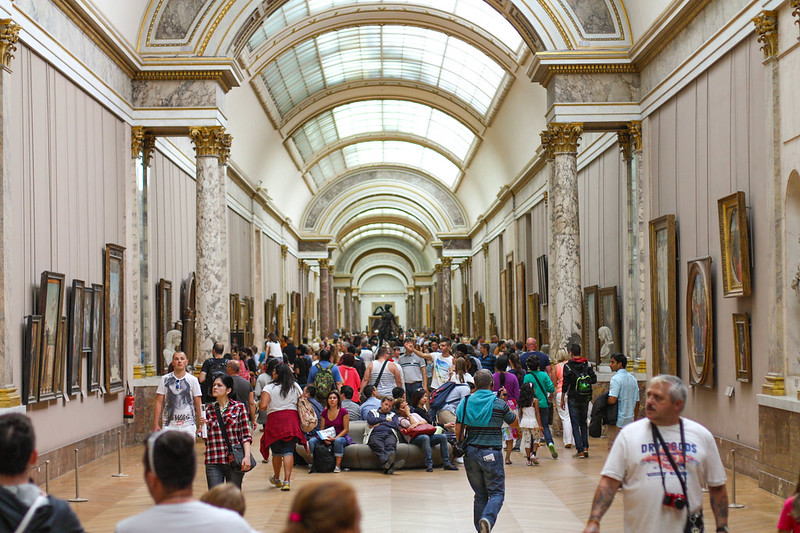 I feel less amaze than I thought. I’m mostly impressed with the building, and how glorious all the hidden corners are. As I type this, I’m in a stairwell. I’m sitting on a marble bench, and the three ceilings (one for each of the two staircases up and down and one for the platform on which I’m sitting) are intricate and detailed and amazing. Yet not one of the handful of people walking by has looked up.

This building has so much gorgeousness going on that your eyes kind of glaze over a bit. The Lourve glaze.

An hour and a half later and I have well and truly wandered many the halls. Neapolean had some truly balla apartments. There is an awful lot of stuff to see, we stayed till closing, and oh. Sculptures, paintings, tiles, weaponry, archeological finds, ruins, furniture, rugs, jewellery… All of the things. And I’m aware that I’ve only seen a very small part of all there is.

I found Zee towards closing time, I managed to lose him after Venus de Milo. He was taken with the courtyard of impressive sculpture, filled with big, powerful Roman sculpture. Very impressive. He’d spent most of his time in the main building, where I had fled to the wings.

We fought in the courtyard, right by the Pyramide du Lourve. One of those emotional, stroppy all out arguments where he pushes all my fears out into the open and I lash out because how dare he. It was rough, and emotional. By the time we’d hit the Tuileries we’d made up with a do over. Quiet sniffles and small apologies and holding of hands and all of the argument after feelings.

That’s mostly what I remember about The Lourve. All of the emotions. Seems fitting. 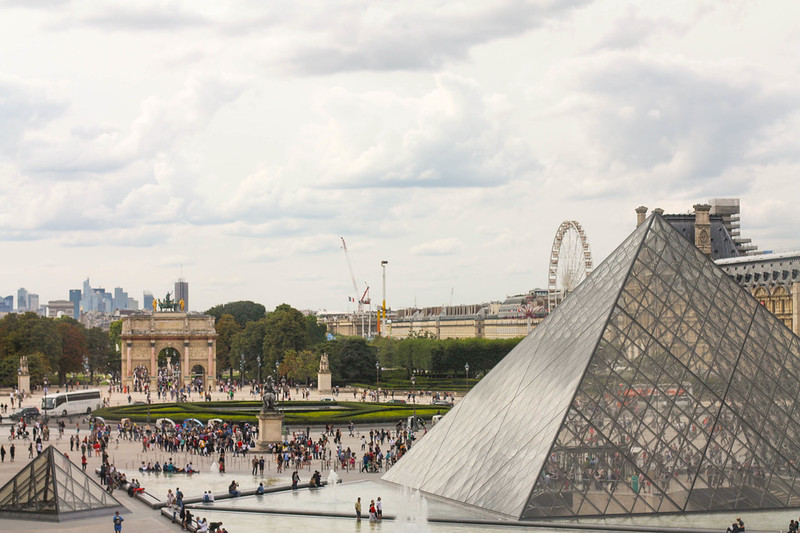 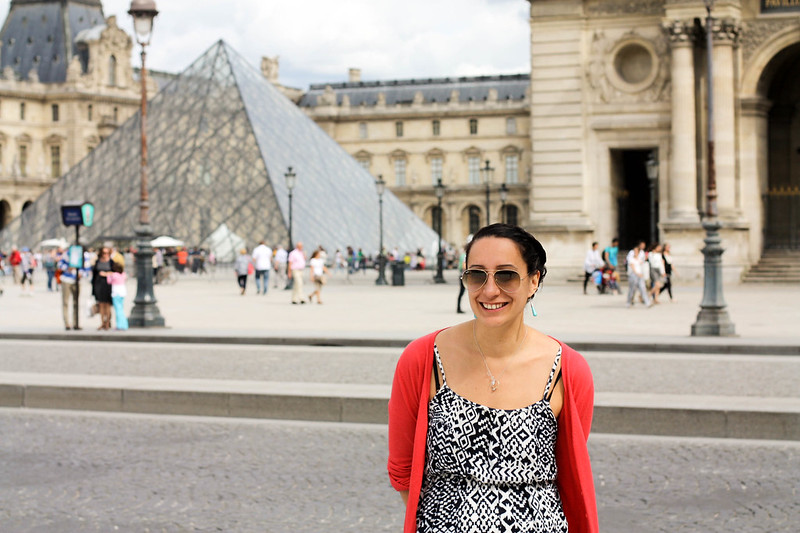 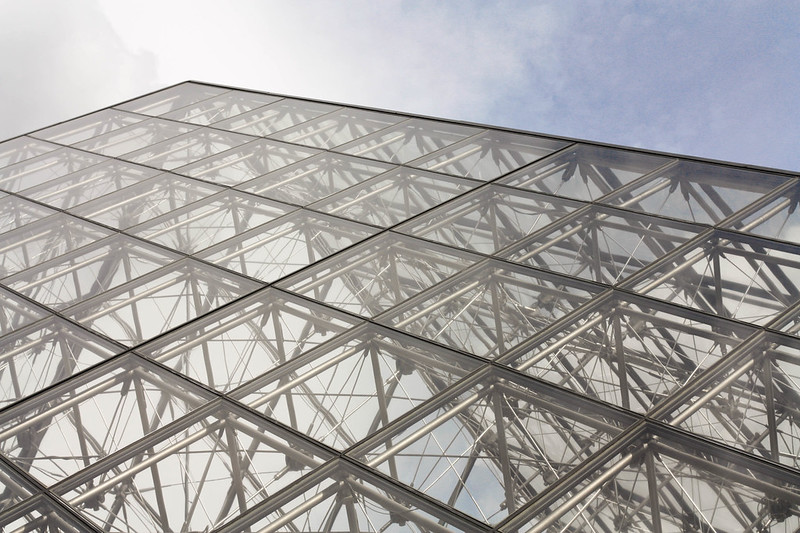 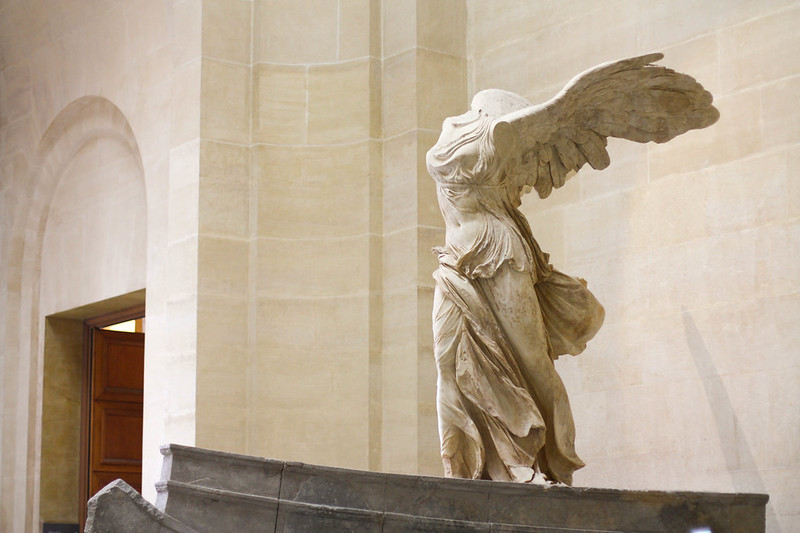 2nd-century marble sculpture of the Greek goddess Nike, The Winged Victory of Samothrace, just hanging out in a hallway. 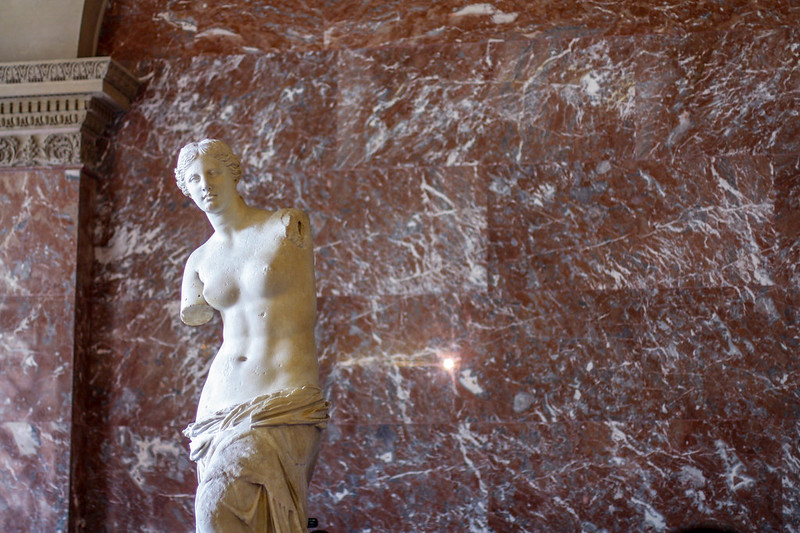 Venus de Milo, one of the most famous works of ancient Greek sculpture apparently. Sculpted in 100 BC. Now satisfies audiences of phones and tablets. 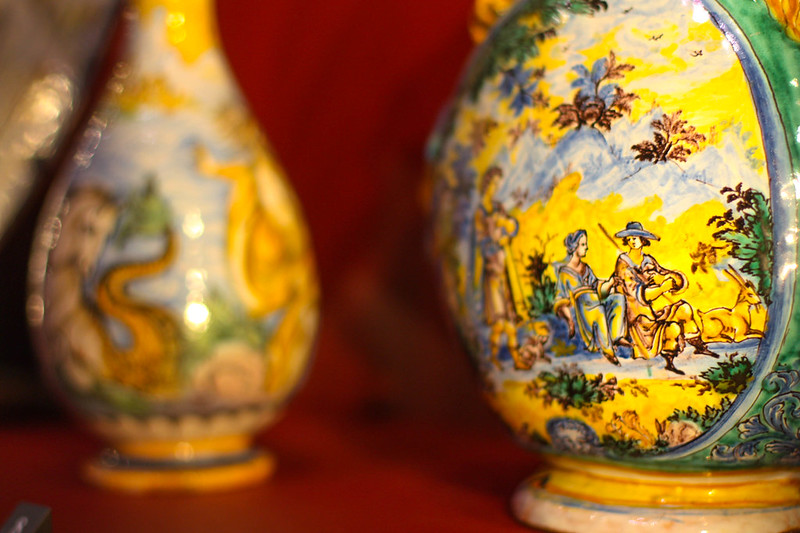 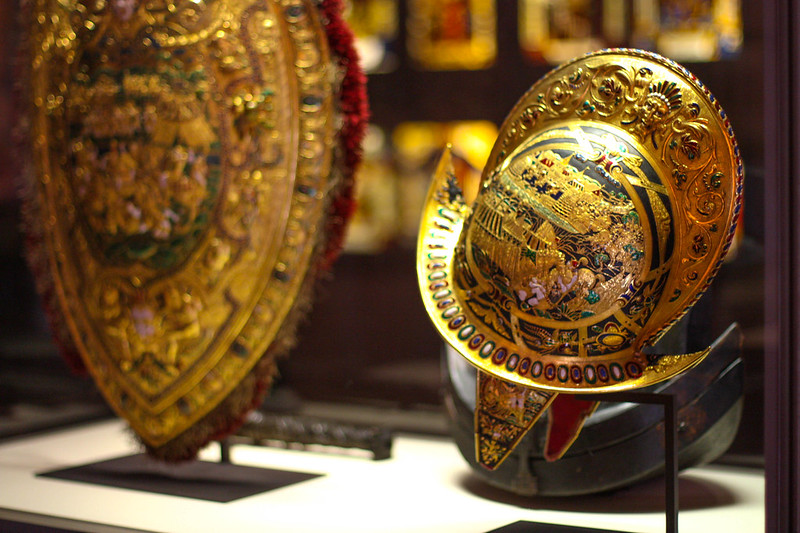 These next few are from the fanciest room I wandered into. It was ridiculous. It’s called The Galerie d’Apollon. A young Henry James wrote of the Gallery once “the wondrous Galerie d’Apollon…drawn out for me as a long but assured initiation and seeming to form, with its supreme coved ceiling and inordinately shining parquet, a prodigious tube or tunnel through which I inhaled little by little, that is again and again, a general sense of glory. The glory meant ever so many things at once, not only beauty and art and supreme design, but history and fame and power, the world in fine raised to the richest and noblest expression.”

Needless to say – fancy as fuck. 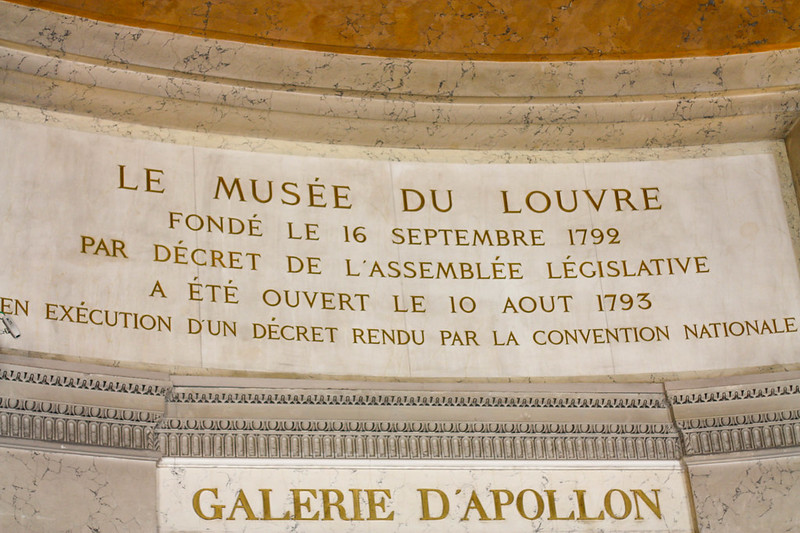 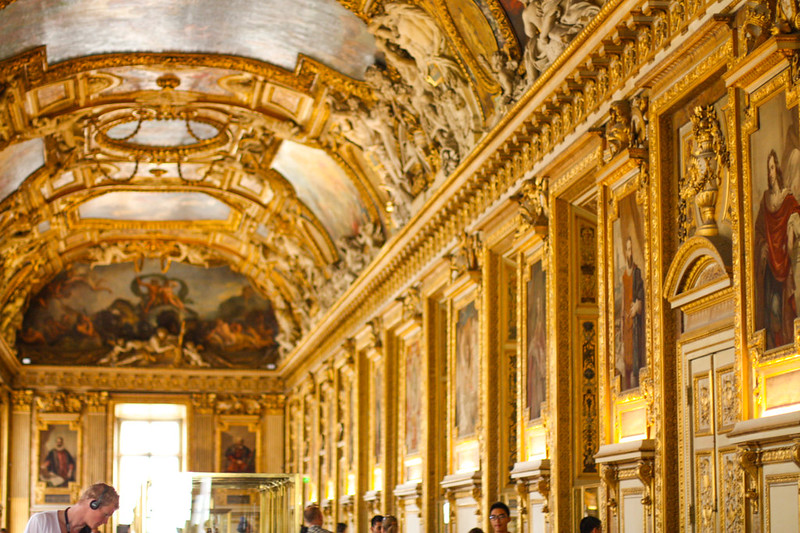 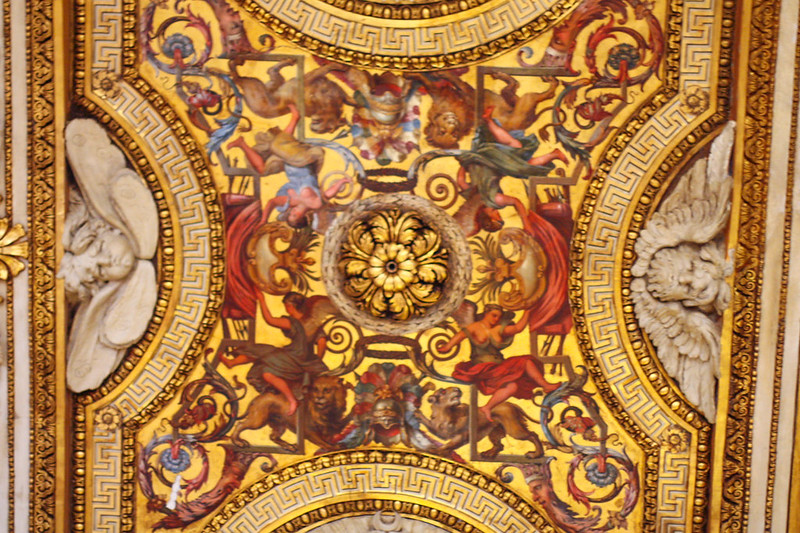 The detail was insane. Next up – Napoleons apartments. Dude certainly had it lush. 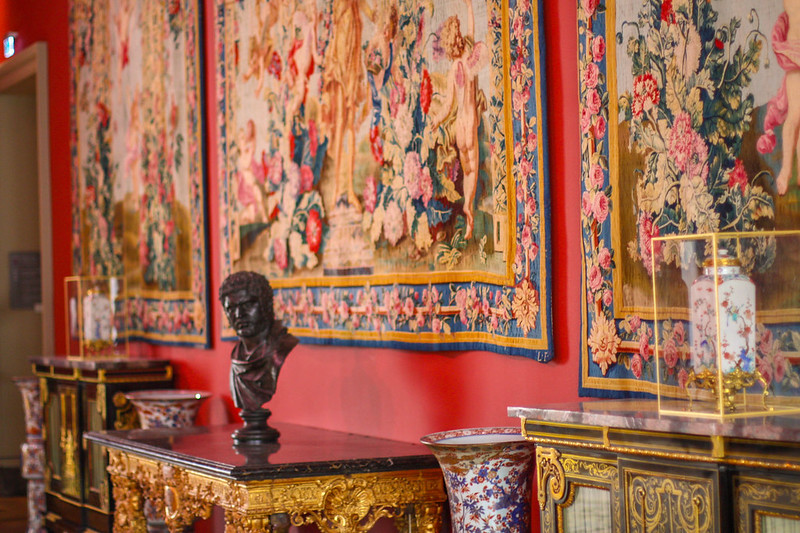 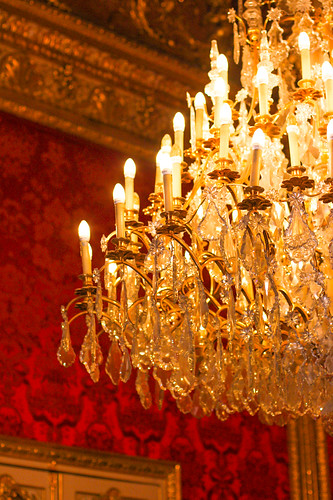 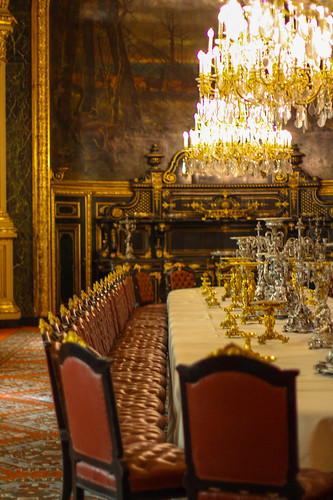 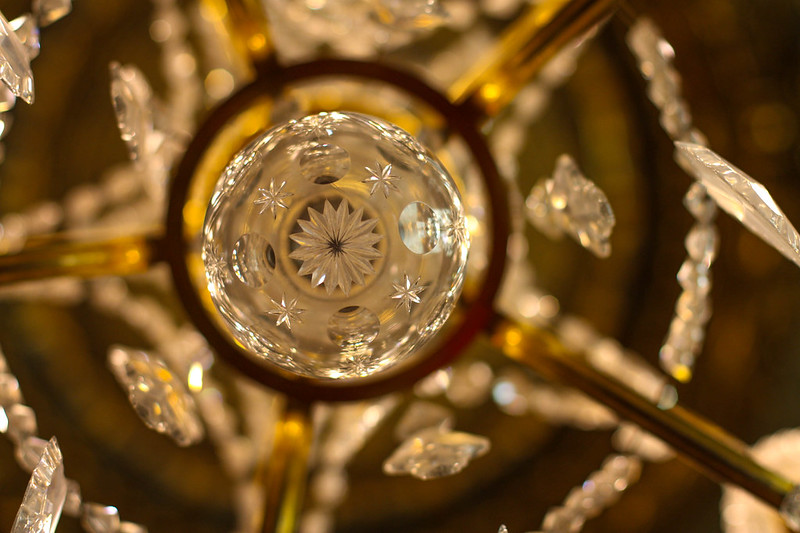 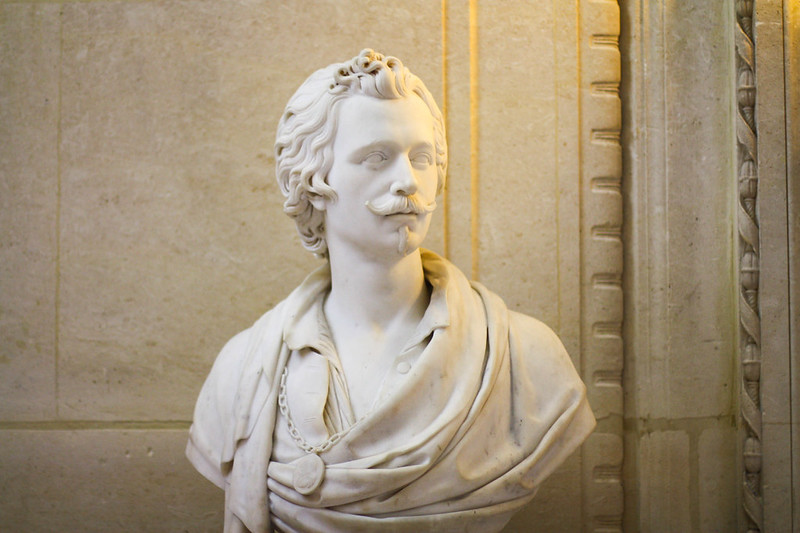 This guy kept me company in a stairwell. Look at that moustache! Pretty fancy for a stairwell. 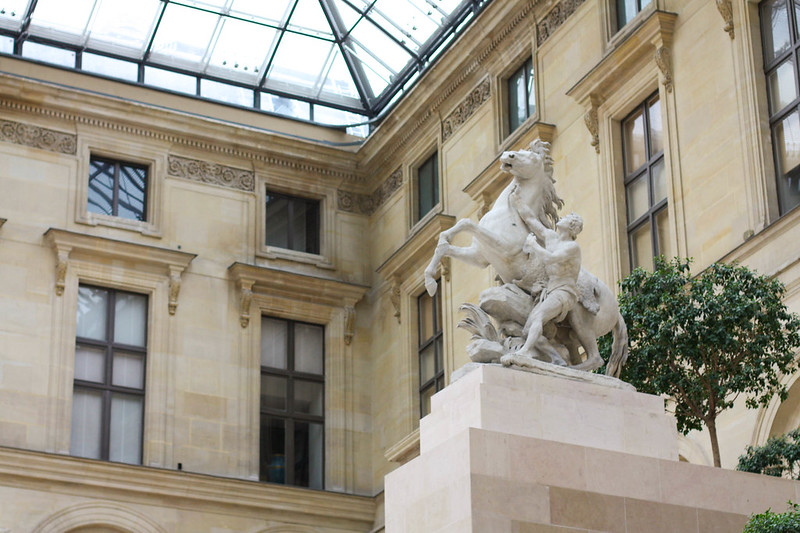 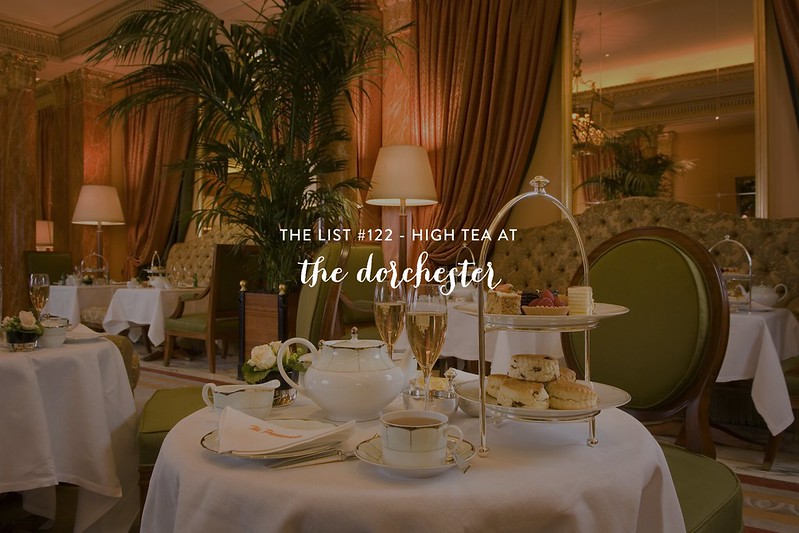 This has been on The List for ages! High Tea is such a quintessential English thing that I felt that if I was moving to London, it was something I *had* to do. It felt like such a fancy thing, to get all dressed up and visit a fancy hotel and eat delicate little sandwiches and drink tea. I was lucky, Zee treated me for my birthday this year. He said it was very la-di-da, and it felt it. I felt spoilt.

There was a man playing the piano and I wondered about him. Who he was and about his life (he played beautifully, traditional pieces mostly. Occasionally something a little less traditional (like Coldplay’s Yellow). It was lovely. The dining room was very comfortable, The ceilings are tall, the lighting soft and pleasant. I love chandeliers, and there were a few of them. I was seated in a silk green sofa. I was generally delighted by the whole scene… especially by the waiters in their fancy suits carrying around large, magnum sized bottles of champagne. We got a glass or two – I do love bubbles. I tried to be ladylike and sip it instead of guzzling it down like I usually do.

There was the hustle of people in suits who were there to take care of us. I’m not even kidding, no less than three people introduced themselves to us and said we are in their care. They kept bringing out delicate little finger sandwiches (the chicken on basil bread was so lovely). The steady rotation was good, because Zee’s appetite was not sated by little finger sandwiches. Here’s the thing we didn’t realise – it’s a never ending supply of sandwhiches and cakes. If you go, don’t fill up all on sandwhiches. Top tip!

You’ll be glad you didn’t when the sweets come out. The scones are warm, dense and delicious. With jam and clotted cream – it’s exactly what you want on a winters afternoon. The selection of sweets was well worth waiting for too. There was some fragile sugar work and everything was insanely delicious. We ate till we literally couldn’t. It was *that* good. 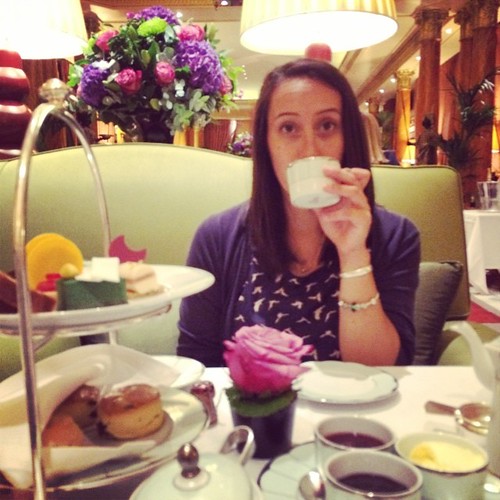 I was delighted at the service (and that they indulged my request for a champagne cork). I don’t drink tea, so one of our carers suggested a not super tea-like one for me to try, I didn’t like it in the end (I’m really not a fan of tea) but I like that they tried. It really was charming though.

I wasn’t sure what I was expecting, really. Usually things go on The List because I imagine that they’ll expand my perspective in some way, or be an experience that will enrich my life (or, sometimes they’re just things I’d like to be able to brag about) but this? It was very well to do, but it wasn’t any of those things. It was delightful, and wonderful and decadent. But not life affirming.

Still, as far as birthday treats go, I loved it. I was very lucky indeed.